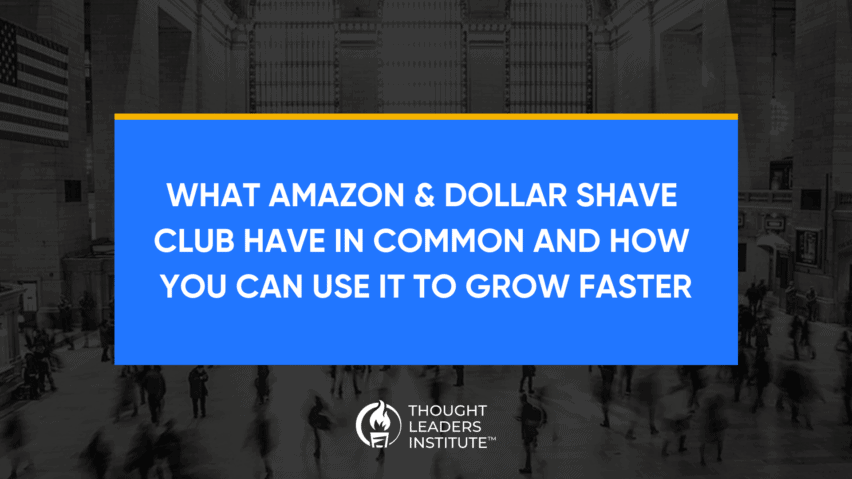 I am going to take a guess that when you saw that word, you instantly thought of the behemoth founded by Jeff Bezos rather than the jungle or the largest river in the world.

It is a true testament to how expansive and successful Amazon has become.  With the recent purchase of Whole Foods, Amazon continues to grow and innovate itself in brand new ways.

If you jump in the time machine back to 1995, though, you would find a whole different Amazon (and way too many people wearing stonewashed jeans). It’s almost hard to remember that Amazon, when it launched, only sold books.

Fast forward and Amazon now is the “everything and anything” store and that is because of the vision – and risk-taking – of Jeff Bezos.

Even in 1997 – when they were selling $400,000 worth of books per day! – Bezos wasn’t content with the initial success of Amazon because he knew that the potential to be more existed.  Think about that for a second, back in 1997, selling $400,000 a day (147.8 million revenue) of something and being fixed on what is on the horizon rather than resting on Amazon’s successes.

It might look like it in hindsight, but Amazon’s journey wasn’t paved with a clear and smooth path. There were many failures along the way. In 2002, for example, Amazon decided to take its first foray into the online grocery shopping by investing in HomeGrocer.com. Not sure what HomeGrocer.com is? Yeah, that’s because it didn’t quite work out.

HomeGrocer.com was started in 1997.  It was the first attempt at creating an online supermarket.  Can we take a moment to realize how revolutionary that is?  It wasn’t a matter of changing an industry.  This was an attempt to change the way we operate as a society.

But Jeff Bezos would not return to just selling books after that, or any, setback.

His vision to push ahead and be bold is the reason why we don’t look at Amazon as a nice (but defunct) company from the 90s dotcom boom, but rather as the pre-eminent global leader in ecommerce – and soon enough, all commerce.

Why am I telling you this?

Achieving the goal of growth is impossible without vision and the courage to act on that vision, even when others are telling you not to. The rapid progress of technology has changed how people research and buy services. Understanding these changes and taking advantage of them will not only lead to the immediate survival of your business but the long-term thriving and lasting success of it.

“Yeah, but…” or some variation of that thought must be going through your head.  “I agree with the sentiment, but that is 80 billion dollar Amazon, not a small business like mine.”

Being ahead of the curve and taking calculated risks are not principles limited by the scale of your business.

To highlight this, look at Dollar Shave Club founded by Michael Dubin.

Full admission… I am not part of the beard craze that has been going strong for at least a decade it feels like.  I am a regular shaver and for anyone else in the same boat, I probably don’t have to go into detail how much a difference Dollar Shave Club has made. For those not familiar with it, here’s the basic rundown…

Razors, blade cartridges and shaving cream are expensive. Then there is the monthly trip to the pharmacy where you wait for an employee to give you access to razor blade cartridges which seemed to be locked away like they were the crown jewels.

Dubin, DSC’s founder, was ahead of the curve in two ways.

First he saw the shift that was happening toward ecommerce and subscription based models.

Secondly he saw the power of online video marketing as a tool to clearly explain what Dollar Shave Club is and why it is so much better than traditional models. His first (hilarious) video has over 24 million views on YouTube and was filmed by a buddy with a camera.

Dubin didn’t settle for competing with the shaving giants on their terms.  Instead he changed the rules of the game and forced those companies to play on his terms eventually rolling out their own subscription offers.  All because of taking a risk, being ahead of the curve – and a little 90 second video.

Not everyone will be so lucky to get that kind of viral traction. Most rely on paid advertising and other methods to get their message out. The key though is taking an opportunity when it’s presented to you, and running with it.

Whether it is Amazon, or Dollar Shave Club, or you, those that are willing to be bold and lead where others hesitate are rewarded.

Ready to take the bold next step to start or scale your expert business?
Check out our new FREE client attraction training and then schedule an absolutely free strategy session with our coaching team. 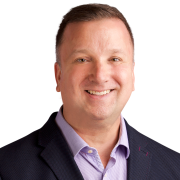 Jim has been in marketing for over 25 years, and has worked on campaigns for startups to multinationals. He writes, speaks and trains on business development, sales and productivity.